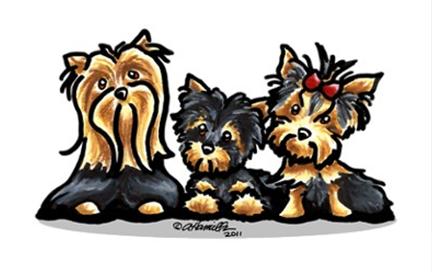 In the mid 1700's at the beginning Industrial Revolution the Scottish people moved to England to work in the mines and the mills. They brought with them their dogs, which where Broken-haired Scottish Terriers. These Terriers where used to catch vermin, such as, rat, mice, and moles in the mines and the mills in England.  A man by the name of M.A. Foster began breeding the Scottish and the English Terriers. The foundation terrier for the Yorkshire breed was named Hutturfield Ben. Those Terriers weighed between twelve to fourteen pounds. In 1874 the Yorkshire became an official breed in England. In 1878 it became an official breed in the United States. Today they are one of the top breeds in the world. You can find them in a variety of colors and sizes.

The origin of the Yorshire Terrier 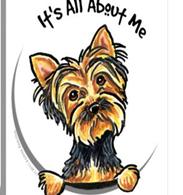